Manuel, one of our treasured employees

Manuel, one of our treasured employees, started with Cross Solutions in April 2018, he is 27 years of age and in his spare time, he enjoys skateboarding. He’s done so well at his hobby, that he has been sponsored prior to coming to Australia from his home country of France, where he left nearly 3 years ago.

Competing here in Australia he has been on the podium multiple times with placing first at Bateau Bay’s recent competition, as part of the Australian Skaters Federation Championships of Street Skating. Prior to this, he placed 3rd, at the Australian Skateboarding League’s National final, at Riverslide Skate Park in Melbourne. He met many other very talented skateboarders from around Australia at the event, which was part of the City of Melbourne’s Moomba festival. Because of this, the atmosphere at the event was really something!

His love of skateboarding started from the age of 12 in his home town of Hasparren in the South West of France, near the Spanish border. His interest sparked in the sport, after watching his older brother playing the classic video game Tony Hawk Pro Skater. Even so, Tony Hawk is not his idol, with Marshall Heath inspiring Manuel with his “very technical work and wheeling’s (which is when you land a trick on two wheels)”.

His highest achievement in skateboarding was a few years ago, that lead on from winning a competition in France, where he was sent to New York USA, to compete against 35 other international pro-skaters and finished 5th. A truly great achievement!

While not tearing it up in the concrete bowls or on the rails, he spends his time as a surveyor for Cross Solutions providing the NT with top quality surveying services. His favourite thing about his time spent at work is the opportunity to work both outside in many various locations, from the city to the bush, while also in the office working on drawings and engineering plans.
Some of his work has taken him to places such as Edith falls as part of the Nitmiluk National Park which included detail survey, hydrographic survey and of course amazing scenery.

Here are some photos below of Manuel at his finest! 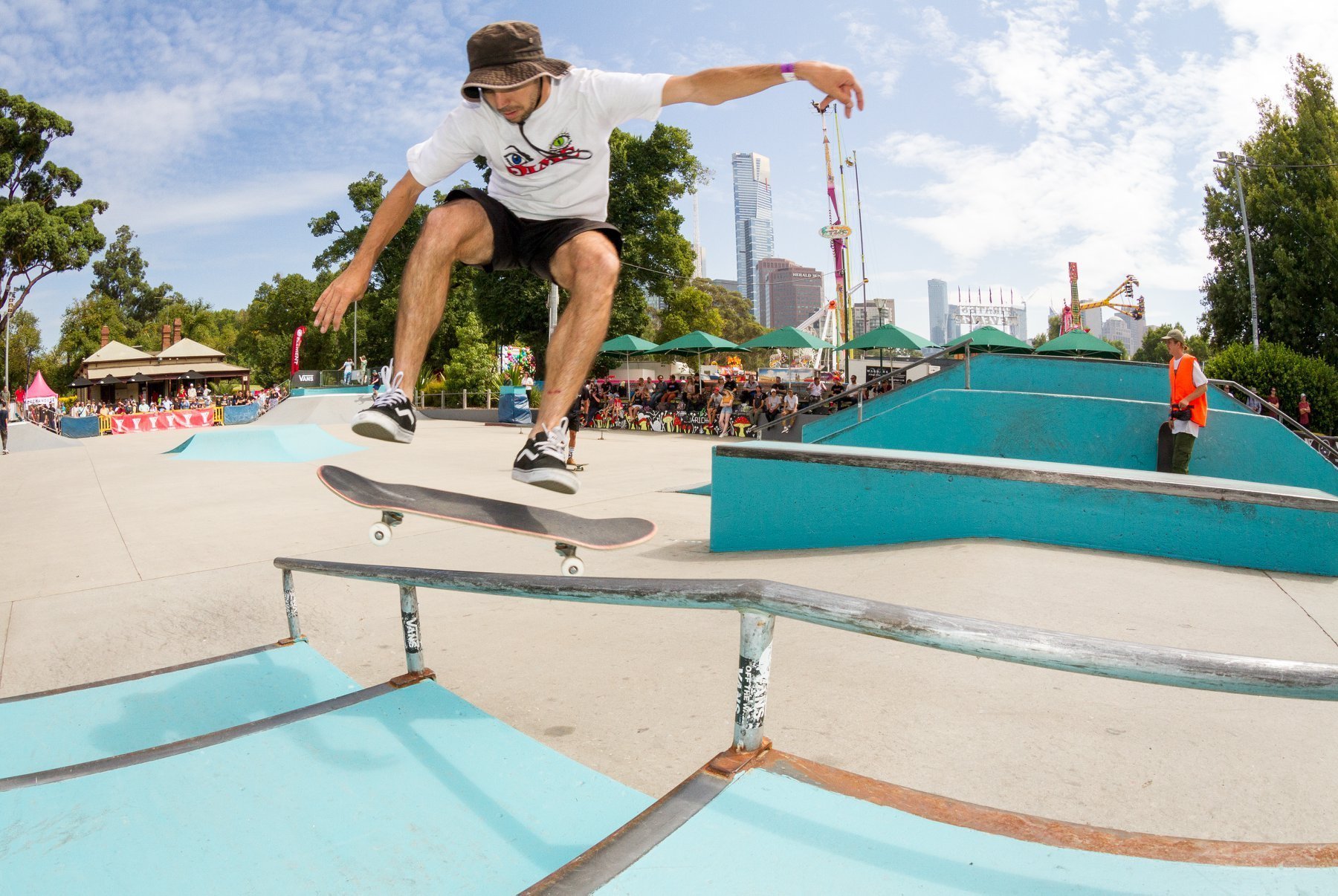